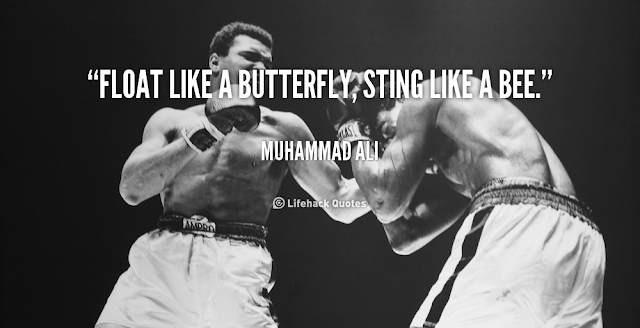 Not many would have been able to recognize the below logo as that of Nokia. And even more surprising is the fact that the company that tills recently dominated the mobile market started as
a pulp mill. More on this later.

Nirma University conducted a finance-related competition, in which my friend and I participated. There were four rounds in total, the first one being online and the rest is offline. We made it past the first round and the second and third round was to be held together i.e. the cumulative score of both rounds will be considered to qualify for the final round.
The second round was a written one, which included a finance quiz and puzzle in which we performed well. The third round was a quiz, in which there was also negative marking. Since we performed well in the second round, we had to just make sure that we play it safe. But what we did instead was to go for the highest points each time, and every time our answer was wrong. In the end, we failed to qualify.

And last month, we happen to participate in Tata Crucible Quiz conducted in IIM A. Though we didn’t qualify this time, there is yet another interesting story to be shared. Of the six teams that qualified, one of them was from IIM A. Their performance was excellent in the first round, off to a flying start, scoring 20 points. It was the highest points scored by a team in the first round, in any of the cities in which Tata Crucible has conducted the quiz so far. I thought we already know the winner now because none of the teams were even close to their points tally. So in the second round, they didn’t go for any of the questions. But by the end of the second round, two teams were not far behind them. And by end of the third and final round, they were not even runner up.

In our case, you may say that we lost because we took too much risk. That may be true! But if the other teams had played really well anyway we would have lost. IIM A lost because other teams played really well and they played it safe. I’m able to say this because, after the end of the quiz, one member of the team told the quiz master that we knew the answers to most of the questions in the second round.

That point I want to make is, which is relevant in the business world is that the world is fast-changing and you ought to take chances even to merely survive.

Right now, I’m doing my MBA in Entrepreneurship and my first year, we had a subject titled, Entrepreneurship Theory and Practice and the one thing that I haven’t still forgotten from the textbook I read for the course is these lines; Howard Stevenson, Harvard’s chaired professor of entrepreneurship, says, “Why is it so easy [for small companies] to compete against giant corporations? Because while they [the giants] are studying the consequences, [entrepreneurs] are changing the world.” http://www.richinjose.com/2015/08/everybody-has-plan-until-they-get.html

Last year, my institute conducted a competition for finding the best entrepreneur and one of the challenges in the event was you’d be given certain materials like balloons, cotton, thread and polyethylene bag, etc. and using these materials you’d have to save the egg from breaking which will be dropped from a height of 8 feet. Back then when I was a child, there used to be a TV show named, “Backyard Science” in National Geographic and once in that show, they demonstrated how to drop an egg from a height without breaking it, using a self-made parachute. So we decided to go for a parachute, but we failed to save the egg. We failed not because our design was flawed and I failed to foresee all the eventualities – though that was one of the reasons – more so because I failed to see beyond my past knowledge, and question myself, “What are the other possibilities?”

This is what knowledge does to you. Sometimes you ought to forget your past experiences and put that knowledge into the dustbin, to think from a new perspective. Kids are more creative and imaginative than an adult because they don’t have preconceived notions nor are they afraid of making mistakes.

“One of the things I benefited from when I started this business was that I didn’t know anything. I was just instinct with no preconceived notions. This enabled me to learn and change quickly without having to worry about maintaining any kind of status quo, like some of my bigger competitors.” – Michael Dell

There is an old African story that says, “If you take a baby elephant, place a chain around one of its back legs, hook the chain to a stake, and then drive that stake into the ground to restrain the baby elephant until it’s big enough to fend for itself. When the caretaker removes both the stake and the chain from the elephant’s back leg, the elephant will not venture out beyond the length of the chain that once restrained him. The story goes on to say that the elephant has been conditioned to accept residency in a mental prison given to him by his caretaker.”

For me, knowledge is that chain, that creates preconceived notions in us and limits us from trying new things, and challenges the status quo. The purpose of knowledge should be to know the existing possibilities but not to limit the future possibilities.

As Howard Schultz – the CEO of Starbucks – in his book Pour Your Heart Into It, puts it “We had to be in the mode of constant renewal and recognize that the future of our company was not based on what we achieve yesterday.”

There is something for everyone, be it a large company or a startup or even as an individual, to learn from this.

And in this fast changing world you’ve to, Float Like A Butterfly, Sting Like A Bee!, in order to be successful. For me, that sentence signifies agility and flexibility; the way Muhammad Ali was in the ring, the same way we’ve to treat our business as well. Everyday we have to reinvent ourselves and question what we know.